States that have enacted marijuana legalization were generally less likely to see spikes in vaping-related lung injuries that occurred over the past year compared to states where cannabis remains prohibited, according to a new study.

The paper, published Tuesday in the journal Addiction, seems to bolster arguments from reform advocates that legalizing and regulating marijuana mitigates the risk to consumers of using contaminated and potentially dangerous products.

“If e-cigarette or marijuana use per se drove this outbreak, areas with more engagement in those behaviors should show a higher EVALI prevalence,” Abigail Friedman, the study’s author and an associate professor at the Yale School of Public Health, said in a press release. “This study finds the opposite result.”

In fact, some of the earliest adopters of adult-use cannabis legalization ranked among the lowest in terms of reported lung injuries from the outbreak, with fewer than one in 100,000 cases for residents aged 12 to 64.

The average state prevalence for these lung injuries was 1.4 cases per 100,000 residents in that age group.

By contrast, none of the states with the highest rate of cases have recreational marijuana markets in place.

“A negative relationship between EVALI prevalence and rates of pre-outbreak vaping and marijuana use suggests that well-established markets may have crowded-out use of riskier, informally sourced e-liquids,” the press release on the study says. “Indeed, the five earliest states to legalize recreational marijuana—Alaska, California, Colorado, Oregon and Washington—all had less than one EVALI case per 100,000 residents aged 12 to 64. None of the highest EVALI-prevalence states—Utah, North Dakota, Minnesota, Delaware and Indiana—allowed recreational marijuana use.”

“Only one of the ten states where recreational cannabis use was legal prior to 2020 is in the top quintile (Massachusetts), with several such states in the lowest quintile (Nevada, Washington, Colorado, and Alaska).”A ban on smokeable cannabis products in two of the states with the most cases that only allow medical marijuana could also have contributed to the lung injuries by leaving consumers with options only available in the illicit, unregulated market.

“If such policies induced people who previously smoked cannabis to switch to vaping THC e-liquids (e.g., to evade detection of illicit use), that behavior change could have increased effected states’ EVALI incidence when contaminated e-liquids entered their markets,” the study says.

Friedman, the new paper’s author, elaborated in an email to Marijuana Moment.

“Medical and recreational marijuana policies’ implications for public health are likely to depend, not simply on whether a policy is present or not, but on how the policy is structured,” she wrote. “Policymakers need to pay careful attention to marijuana policy attributes: which types of cannabis products are and are not allowed; how product safety will be assessed and ensured; licensing and enforcement mechanisms; etc.”

“These regulatory details are critical, and may affect both the licit and illicit markets for cannabinoids,” she said.

All told, the Centers for Disease Control and Prevention has identified more than 2,800 cases and 68 deaths related to contaminated vape products. The agency has identified vitamin E acetate added to illicit market cartridges as being “strongly linked” to the spate of vaping-related lung injuries.

“These findings are consistent with evidence linking the EVALI outbreak to vitamin E acetate and informally purchased or modified THC e-liquids, as opposed to use of well-established nicotine e-cigarettes,” the study states. “Specifically, if a nationally marketed and commonly used vaping product caused these illnesses, one would expect a positive relationship between vaping rates and the disease.”

“Absent this association, geographically distinct clusters of elevated EVALI prevalence are more consistent with a dangerous additive in regionally distributed e-liquids (e.g., those purchased off the street). Indeed, this mechanism might explain the negative association with states’ rates of vaping and cannabis use if a strong market for legal nicotine e-liquids or cannabis crowds out black-market products.” A separate study published in April similarly found that people in states where recreational marijuana is legal were significantly less likely to experience vaping-related lung injuries than those in states where cannabis is still banned 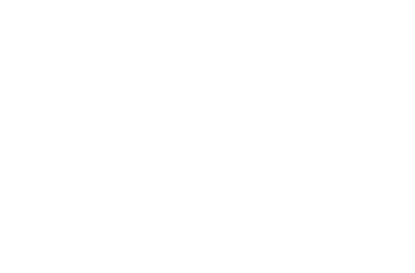